This is where we write about copywriting, tear downs, customer experience and email marketing.

Hey, Val. Wanna write a post that’s going to piss off a bunch of people but probably make a bigger number of people feel less alone?

It’s gonna be a long one, probs.

Now that we’ve got the pep talk out of the way, there’s something I just have to get across to you right now.

The tendency to follow big name bloggers and compare your launches and revenue and list size and courses and InstaTweetSnapBook accounts to theirs is 100% normal. And 101% setting you up for a big old disappointment.

See, it’s human nature to look at others, see what they’re doing, try to emulate that, and then be sad when your results aren’t as great as what you saw.

But human nature takes a nasty turn when you run a business online and live/work/play in this bubble. Because you see the reports of six and seven-figure launches and you get the emails that say “join the other 1,000+ students who have already gone through my program” and you see the bright and shiny.

And you start to wonder if you pale in comparison.

So let me tell you about a launch that might feel familiar. It was my launch. 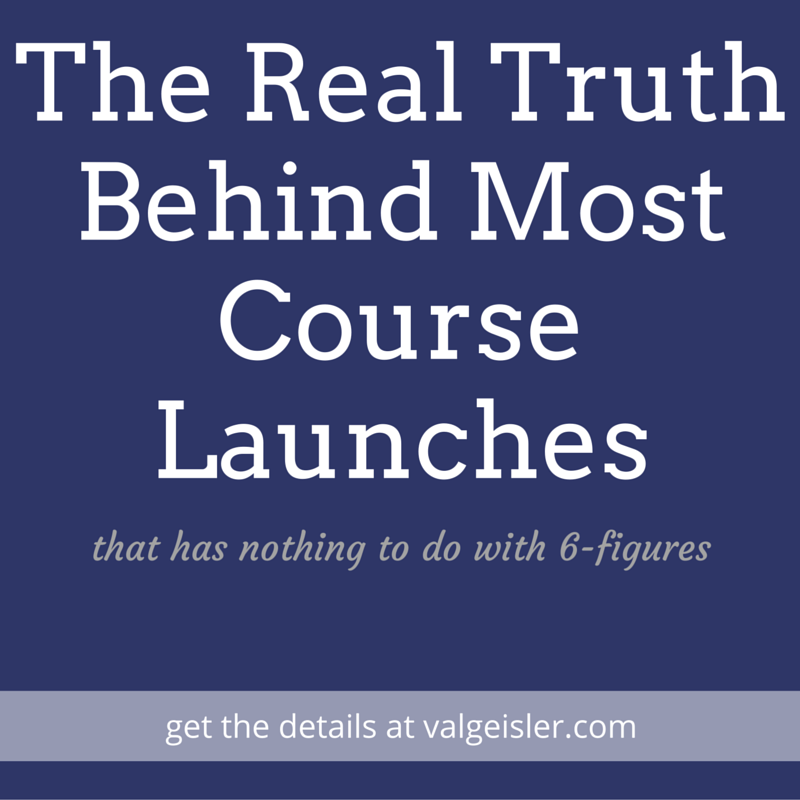 But first, a little background and some stats about my business:

I became an entrepreneur by default when I was surreptitiously fired from my job in February of 2012. That week I started and ran a service based business which operated for the next year and half as a virtual assistant/project manager. I didn’t focus on growing my list, just paying my bills with my client work.

August of 2013 I found out I was pregnant with my first child (yay!). I kept focusing on those clients and planning for my maternity leave.

July 2014 I returned from leave and pivoted my business to consulting only. I started letting go of my 1×1 long term clients.

August 2014 I built Systems Finishing School, a group program that taught how to setup and run the back end of a business. I ran the beta that fall.

January 2015 I officially launched Systems Finishing School. After marketing the program to my list (then just under 1,000 subscribers), I found that no one was interested in the full priced version of the program. Crushed, I went back to work on it.

June 2015 My pal Suzi and I launched a joint venture course called Your Signature Experience. It was a successful launch in our eyes with just over 30 students at $437/person.

Late-summer 2015 I re-launched the program under a new name, Soul Filled Systems. I added a few of the mindset pieces the beta testers told me were missing in the original version and the new name reflected the new content and focus. I had two purchasers. Once doors closed, I offered 1×1 work instead of the program and was able to salvage the revenue and my pride (a bit).

Fall 2015, GMail School was born out of a growing desire I heard expressed in group after group I participated in. Entrepreneurs wanted more organized inboxes and I knew I had one and could teach them how to get there too.

So about that launch:

This past April I ran a live workshop about marketing your business with Facebook Groups. I had 10 spots to sell and was stoked to find that with just a few emails to my list (remember, it was under 2,000 subscribers at that time).

In selling that workshop, I heard from several people that the time of day or day of the week just wasn’t right and would I consider selling a recording or other version?

Sure, I thought. I can do that. In fact, I’ll do you one better and build it out into a course.

In early May a sales page went up for Growing With Groups. I had the recording from the live workshop and told myself that if there was enough interest and pre-sales, I would have a transcript done and then set about putting all of the content into a full course.

(I use Rev.com for transcription and Teachable for the course platform, btw.)

By the end of that week with just one email and a few posts in Facebook Groups, I had 10 sales. I was ready to invest my time and money into producing the course.

I built worksheets and graphics and edited the transcription. I made videos and slide shows and uploaded it all to Teachable. All told I had 2 modules and 10 lessons plus a bonus. I spent an entire weekend in front of my computer hustling hard, proud of my work. 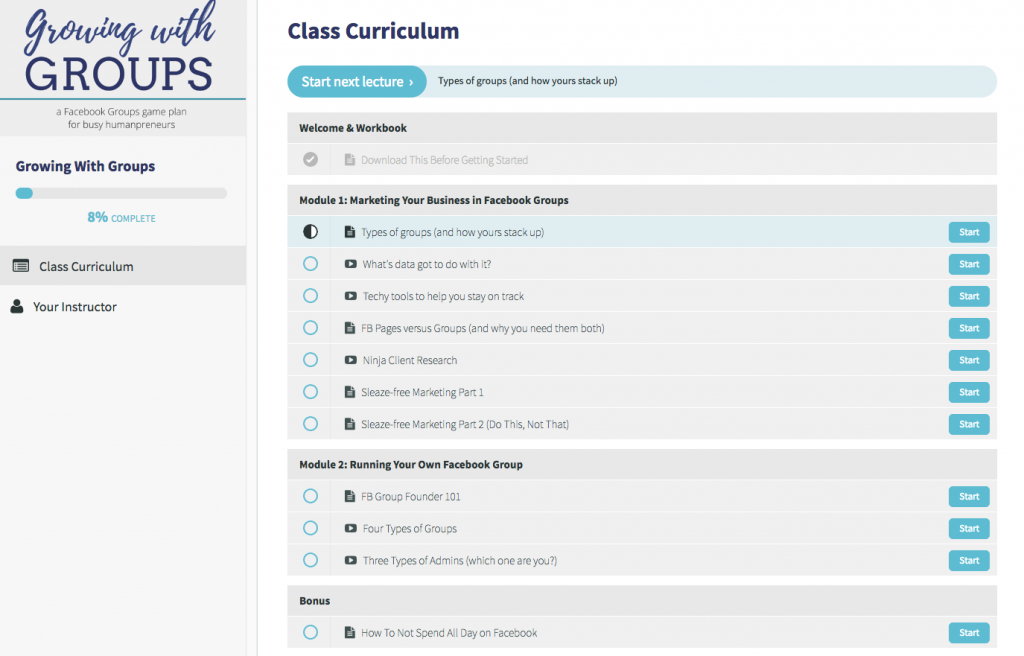 I studied the launch plans of people I admire and followed them to the letter. I had a sub-segment of my list (just over 300 people) who had clicked on the sales page and shown interest in the course. I set a launch date of June 13th. Slowly, sales trickled in.

On Monday June 13th, course materials went out to the 25 students who registered.

Let me say it again for you. I had 25 students register for the course I hustled my ass off for. Not thousands, not even hundreds. 25.

For those of you following along at home here, that’s $97 x 25 – Rev.com costs – Teachable fees – my time to produce the course – payment fees. For some quick math, we’re talking less than $1,500 in revenue at the end of the day.

But hold on a second:

Now let me pause right here before you think I’m complaining and set things straight. Every single time I got an email saying someone had purchased Growing With Groups I was stoked. Ask my husband, truly. He’ll tell you about my kitchen happy dances.

I am beyond grateful that 25 kind souls invested their hard earned $97 in my course. That they believed in me and thought that what I have to teach is valuable. If you’re one of those 25 and reading this, thank you. You’re an all star. I’d kiss you but this computer screen is in my way.

Now back to that math:

Look, math was never my favorite subject but this math was disappointing. But why?

My conversion rate was actually 4x higher than the average!

It’s not the size of the boat…

This is what I need you to know most of all:

Our expectations set us up to feel like a failure. All we see are the big launches and the reports of paid off debts and buying houses and masterminding in Bali and our personal expectation meter rises.

[Tweet “Invest in your work more than you invest in reading about other people’s successes.”]

We want so badly for someone else’s success to be ours.

We compare their end to our beginning or middle.

And we see small numbers as a sign of failure. My friend, that’s a slippery slope I no longer want to ride down. Because when we focus on the size and not the impact, we forget to notice emails like this:

When we’re feeling bad about ourselves, we default to the pity-party. And that party is one no one RSVP’d to.

At this point I feel it’s important to note that I realize I might sound like a bitter course creating outsider. And I get that. No, I’ve never made 6-figures in my business, let alone on one product launch. I had two $10k months last year and that was fun but that revenue was a mix of products and services.

But I’m not bitter, nor an outsider. I’m in the vast majority of bloggers and course creators. I’m in the large percentage who sit silently and stare at their conversions wondering what “went wrong”. I’m part of the tribe of people who hustle hard to make a dream a reality only to find that they were so busy dreaming that the dream became the only focus.

This isn’t a post from a bitter outsider. This is a call to find our focus again.

The focus, then, is the results. Honestly, who effing cares how many students someone else has in their course? Who sleeps better at night knowing someone else you only know on the internet is making 10x the money you’re making? Who benefits greatly from comparing their beginning to someone else’s end?

That girl is no one. 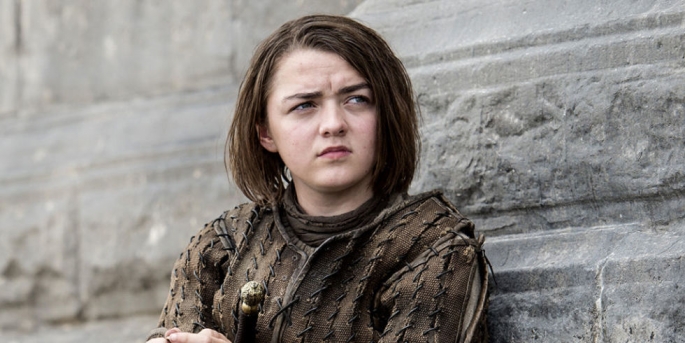 If you want to get off the merry-go-round playing that annoying music box tune called Comparison, here are a few tips:

Then keep your focus on the impact. You have something to teach and say and you have an audience who wants to learn from you. Keep talking to them. Loving them. Creating for them. Let the impact you have with them drive your next move.

And share this post with a friend who needs it. Together we can do great things, but only if we keep our focus.

Your guide to email marketing that works (and a whole lot that doesn’t). See weekly dissections of real campaigns showing up in inboxes everywhere.

You clicked the button! Now this is a double opt in so go check your email and confirm your subscription.